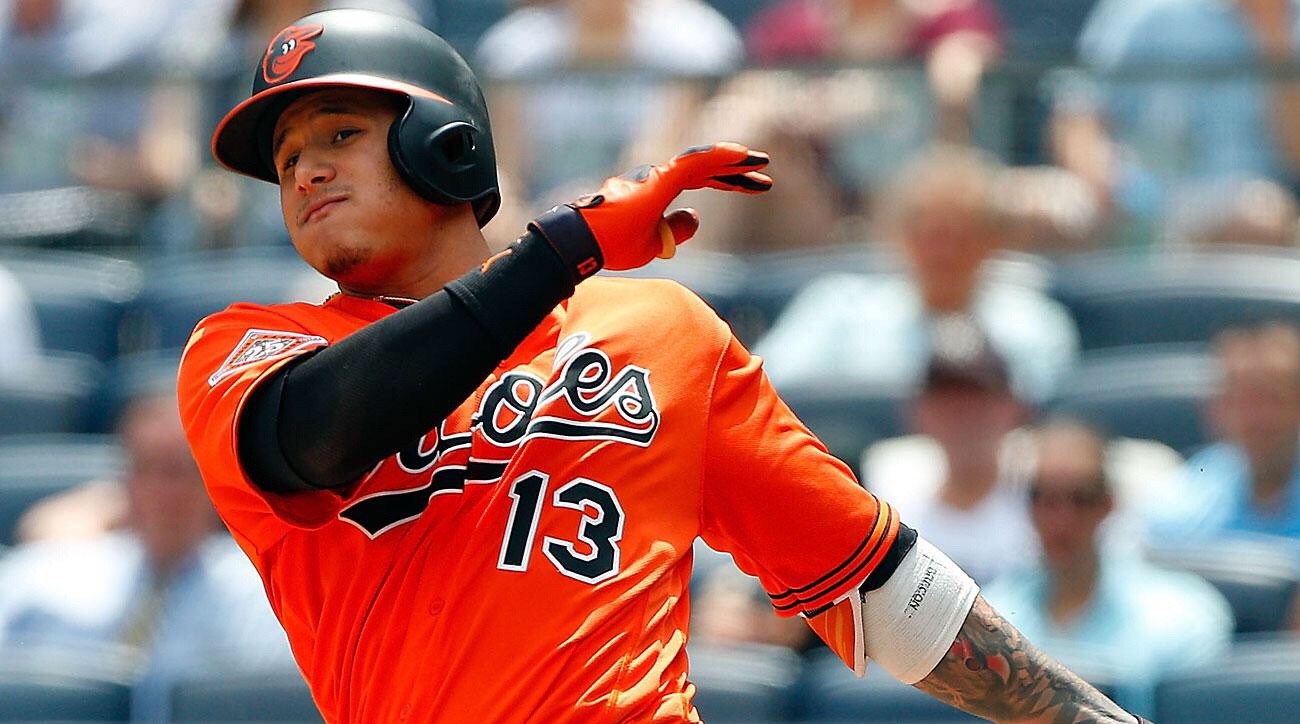 With Manny Machado one year away from free agency, it’s no surprise that we all question the fact that should the Orioles deal Machado to build up their farm system or acquire major league ready players to fill other needs on the team, or should they ride out the last year of his contract and go for a title with their franchise 3rd baseman? Indeed, the latter is just what option Orioles executive VP of baseball operations Dan Duquette is going for.

The Orioles are focused on adding pitching to a decimated rotation that was among the worst in baseball in 2017, so their focus right now is clearly elsewhere. But the Orioles nonetheless are still receiving calls regarding Machado, and those rumors will only heat up more as we approach the winter meetings. Duquette has continued to state that Machado will be in an Orioles uniform heading into next season, but if an offer too good to pass up comes along, Duquette should pull the trigger on a deal.

There are plenty of different routes the Orioles could take to still compete for a playoff spot in the 2018 season without Machado and among those could be signing a top free agent to replace Machado in the event he does get dealt.

One option would be to add Mike Moustakas to fill the hole that would be created in the event of a Machado deal. Now while the Orioles don’t want to take on a big salary on a long-term deal, Machado’s big salary being shipped out would create room for Moustakas, and the way the free agent market has been this offseason, maybe Moustakas could even be had on a not too long four-year deal.

Now trading Machado could fill the biggest need on this team overall, the rotation. There are plenty of spots open and any acquiring team would need to come up with major league ready starting pitching, among other pieces, if Baltimore is to consider a Machado deal. Some have said that the Yankees and Phillies could be fits in a Machado trade, but the Orioles will most likely not trade with a division rival in the Yankees, especially if they have intentions to compete for a playoff spot.

The Phillies do have some young starters that were pitching in the big leagues last year, but the Orioles may not be interested in their unproven starters. Then there’s the the St. Louis Cardinals, who have been connected to just about every third baseman on the trade market. They do have pitching to offer, however.

Teams are going to try to pry Machado away from the Orioles this offseason, but it will take a substantial offer to even get Dan Duquette to consider dealing the team’s franchise cornerstone.

One thought on “Trading Manny Machado? Can The Orioles Make A Deal And Still Compete In 2018?”