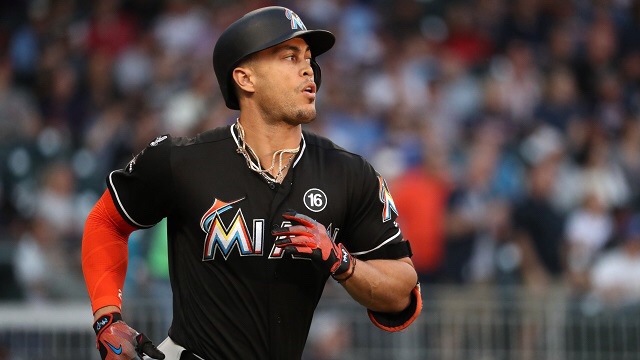 In the latest news of the Giancarlo Stanton saga, the MVP slugger has reportedly submitted a list of teams of which he would accept a trade to to the Miami Marlins front office. Among those teams are the Los Angeles Dodgers, according to a tweet from Jon Morosi of MLB Network. He goes on to mention that sources say the Dodgers may be his preferred destination in a trade.

The Dodgers have made contact with the Marlins about Stanton, but it’s not known how deep talks are. To this point, the St. Louis Cardinals and San Francisco Giants are the two teams that are still showing the most interest.

Stay tuned for more as the Stanton situation continues to hold up the hot stove season.