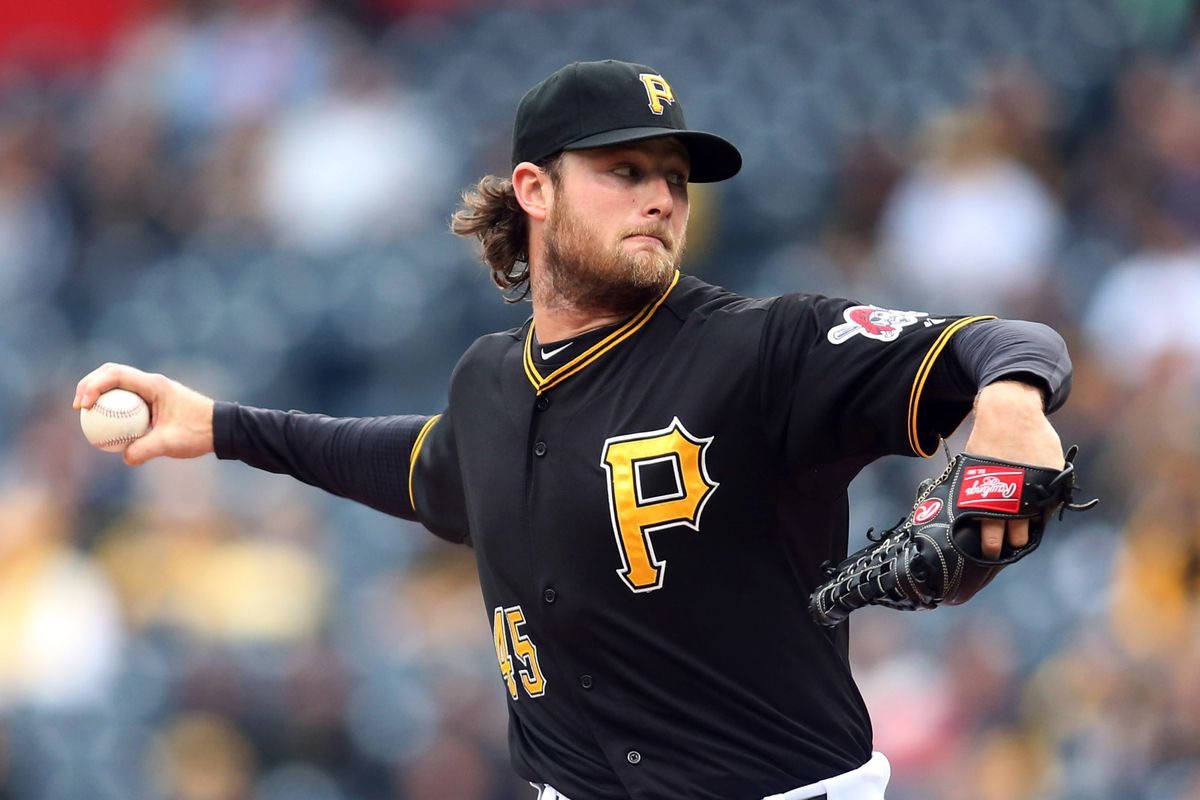 Fresh off of a season in which he posted a 4.26 ERA, 2.8 WAR season, Pirates ace Gerrit Cole didn’t exactly post the numbers we would typically see out of him at the top of the Pittsburgh rotation. However, he still has plenty of trade value if the Pirates are to shop him this offseason. With his rising price tag through arbitration and dwindling team control, the cost conscious Pittsburgh Pirates would be wise to check out the market for Cole. Here’s who they can expect to at least take a look at trading for Cole and his career 3.50 ERA.

As they have been with just about everyone available this winter, the St. Louis Cardinals have been linked to Cole at one point but talks have not gotten serious between the two sides as of right now. The Cardinals are most likely to look at other options before they would consider Cole, but both their outfield and infield depth on the big league roster could be of interest to the Pirates, who don’t look likely to rebuild, instead more of a retool if they are to deal anyone on the big league roster.

You could say that maybe another division rival, the Milwaukee Brewers, could take a look into acquiring Cole, as they have a deep farm system and a need at the top of their rotation, but their likely route for filling that vacancy looks to be through free agency, plus the Pirates may not want to trade with a division rival(that goes the same for St. Louis) if they want to compete next year.

Much like the Brewers, the Minnesota Twins are going to be players at the top of the starting pitching market and could very well look into acquiring Cole if they lose out on Yu Darvish and Jake Arrieta, that is, if they truly do make a bid for either of the two. Cole would be a nice add to a Twins rotation that features Ervin Santana and Jose Berrios at the top.

Other speculative fits could be the Texas Rangers simply due in part to their desperate need for rotation pieces, but Pittsburgh isn’t going to give him away for nothing and the Rangers will have to come up with an offer that they may not be able to put together. The Orioles, Mariners, and Phillies could also benefit from adding Cole, but I don’t see any of those 3 for various reasons.

Trading Cole may or may not happen, but the Pirates should definitely check into trading their ace while his salary isn’t all that high. Of course, they could also wait until next season to see if he gain regain some more trade value then try and deal him.