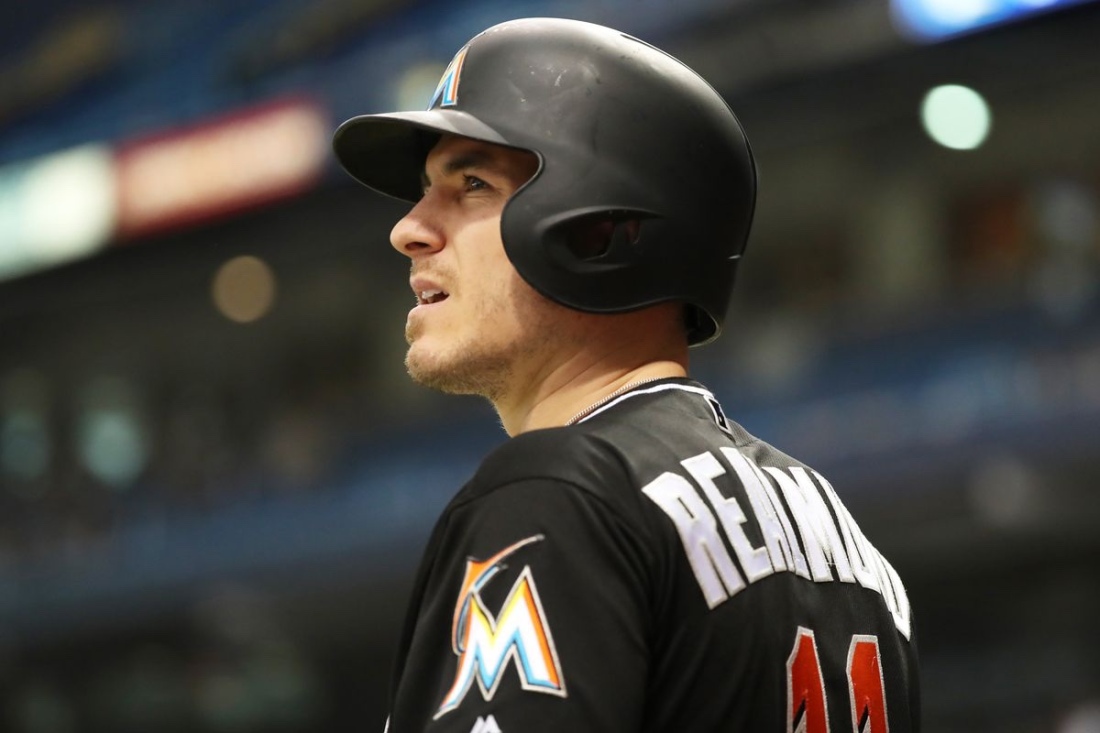 Every team, whether rebuilding or contending, always has either a surplus of players at one position or a complete hole at others and will want to make a transaction to address those areas. Whether you’re team is looking to cash in on any players they can to get prospects for the future or are looking for the final pieces to the puzzle for a World Series title, every team has at least one player that can be considered a trade candidate or an eventual trade candidate in the near future. Here we will pick one player from each team that could make sense as a current, or near future, trade candidate.

Teheran has been rumored in trades for the last few years now, however he has not been talked about much in the past year as the Braves have become contenders in the National League. Despite that, Atlanta would still like to deal the 27-year old due to his inconsistencies and the fact that the Braves have plenty of pitching depth as it is with more and more young prospects surfacing to the majors.

This one was a no brainer. As of this writing Realmuto has not been dealt and that may not change anytime soon. Several suitors have had plenty of talks throughout the offseason with the Marlins but with Miami’s significantly high asking price, teams will be patient to wait for the Marlins to lower their demands. The Marlins long rebuild and Realmuto’s two remaining years of control should make the pressure on Miami in dealing him now high.

The Mets will not deal Syndergaard this offseason. GM Brodie Van Waganen has made that clear as the Mets clearly have intentions on contending next season. But if New York falls out of the playoff race again then trade rumors around Thor could surface once again. The Padres were among teams that showed interest earlier in the offseason.

Franco has been the subject of trade rumors around Philly for the last 2 years now, and the team would especially look to deal him if they are to land Manny Machado. Franco bounced back after a miserable 2017 season, but that hasn’t changed much regarding the 3rd baseman potentially getting traded at some point.

-OF Michael A. Taylor(Washington Nationals)

Taylor doesn’t really have much playing time ahead of him if the Nationals are going to give the starting nod to Victor Robles in 2019, and if the Nats are to re-sign Bryce Harper, Taylor wouldn’t seem to have a place at all to get at-bats. He’s struggled to hit and could use a change of scenery.

Russell is simply the most logical candidate to be traded by the Cubs due to his off-field issues. He was tendered a contract despite his suspension for domestic violence, and the Cubs will definitely want to see if there’s any value left in a player who carries those kind of issues with him.

Gennett is a free agent after the 2019 season and the Reds have shopped him in the past. However, due to the fact that Cincinnati is intent on competing in the upcoming season, don’t expect Gennett to be moved. If the Reds fall out of the race though, he could be a hot commodity in the trade market.

With Jesus Aguilar’s bat emerging over the 2018 season, he has the inside track on the starting 1st base job for the 2019 season and with a full starting outfield for the Brewers, Thames is an expendable piece and will be shopped around by the brew crew. It isn’t a sure thing he gets traded however.

Cervelli has been mentioned a lot in the offseason as one of the top catching options on the trade market and teams that find the Marlins asking price for J.T. Realmuto too high along with Yasmani Grandal’s high asking price in free agency, could definitely jump at trying to trade for Cervelli.

The Cardinals have been shopping Martinez since they acquired Paul Goldschmidt from the D-Backs in the beginning of the offseason, but his horrid defense makes him a better option as a designated hitter in the American League. He looks like a high quality bench bat if St. Louis can’t deal him.

The D-Backs would still love to find a taker for the majority of Greinke’s massive contract, but with his still above average pitching, Arizona isn’t just going to dump Greinke unless they get prospects along with paying down at least some of the right-handers contract.

Unless the Rockies were to bizarrely change course and try to trade Nolan Arenado, then Desmond seems like the most logical trade candidate. It would be hard for Colorado to trade Desmond due to his sub par numbers and big contract, but they’d surely love to find a taker to get him off the books.

Although he hasn’t had much time in the big leagues yet, Verdugo has been apart of just about every rumored trade package for players Los Angeles has been talking about acquiring. That doesn’t mean he does get traded though because after sending Yasiel Puig and Matt Kemp to the Reds, the Dodgers may be smarter in keeping Verdugo apart of the mix.

The Padres have a big surplus in their outfield and while Myers probably won’t be the one who gets traded out of the bunch, he has been apart of trade rumors in San Diego in the offseason. He’s owed a lot of money going forward and is coming off of a less-than stellar season, so San Diego would have a hard time trading Myers right now. Going forward though, with Eric Hosmer entrenched at 1st base and due to the aforementioned outfield logjam, Myers could very well pop back up in rumors if he can’t bounce back in the 2019 season.

He hasn’t been traded this offseason and that will most likely remain the same heading into spring training, but if the Giants aren’t contending for a playoff spot come July, trading Bumgarner would be a smart move, as he is a free agent following the 2019 season and San Francisco could benefit from adding talent to an underwhelming farm system that needs it.