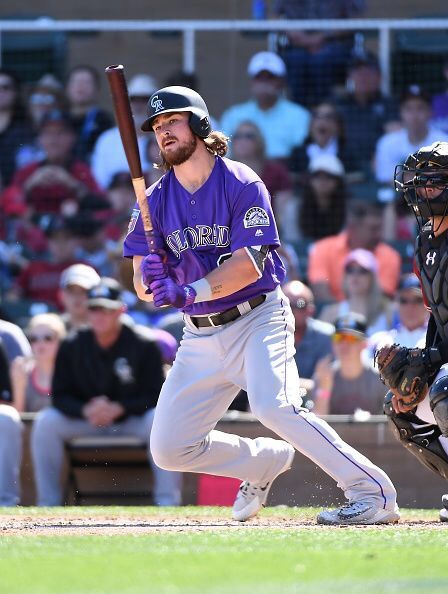 Rated as MLB.com’s No. 9 overall prospect and the Colorado Rockies’ No. 1 prospect, infielder Brendan Rodgers is nearing his MLB debut, and it could finally come in the 2019 MLB season.

As mentioned above, Rodgers went No. 3 overall in the 2015 draft and the two players that were drafted above him, Alex Bregman and Dansby Swanson, are both already contributing at the MLB level. It’s only a matter of time until Rodgers himself starts to contribute, but when will he?

Brendan Rodgers had primarily been a shortstop before he was drafted, but ever since the Rockies drafted him, they have moved him around the infield at second and third base as well in the minors. Rodgers has the ability to play each of those positions, but with Nolan Arenado at third base and Trevor Story locked in at short, Rodgers’ best chance at seeing time if he’s to make it to the big league level next season would probably be at second base. Of course, he could split time at all three positions, and if Arenado leaves Colorado in free agency in the 2019-20 offseason, Rodgers could be the long-term solution at third.

There’s always those out there that would wonder what Colorado could get if they were to use Rodgers to headline a trade for an elite big league player, but that is highly unlikely to happen. It would take more than just a lot to even consider trading a potential future franchise cornerstone in Rodgers. Of course, Dansby Swanson was traded to the Braves before he could even climb up the latter in the D-Backs farm system, so you never know.

While Brendan Rodgers could finally make his MLB debut in 2019, don’t expect it until later in the season, as Rodgers will have to spend more time mastering the Triple-A level.